We’re a little over a month away! Ultan Conlon ‘Welcomes’ John Douglas.

John Douglas is one of the main songwriting ingredients in Scotland’s Trashcan Sinatras, a band of compadres from the town of Irvine on Scotland’s west coast, who have been making music for over 30 years, creating 6 much loved albums. Those records saw John and the band play to audiences all over the world with their idiosyncratic, melodic and lyrical songs (‘Weightlifting’ ‘Hayfever’ etc…) John has also co-written songs with his wife Eddi Reader (‘Wild Mountainside’ ‘Maid O’ The Loch’ etc…) ‘and has been part of her touring and recording band for close to 20 years. Eddi’s most recent official album release, Cavalier, was co-produced by John & Eddi. John has a wealth of songs to call on for his first foray into solo performances. As he says himself ‘ I want to see how the songs can bloom with just my voice and my guitar for company’

Eddi Reader guest vocals on the Garza Co-Write ‘The Old Songs’. In December Conlon debuted the song live at Largo in Los Angeles accompanied by Hollywood Screen icon John C. Reilly and an all star band including Sean and Sara Watkins (Nickel Creek) and Benmont Tench (Tom Petty & The Heartbreakers).

Tickets are selling fast and are limited!! 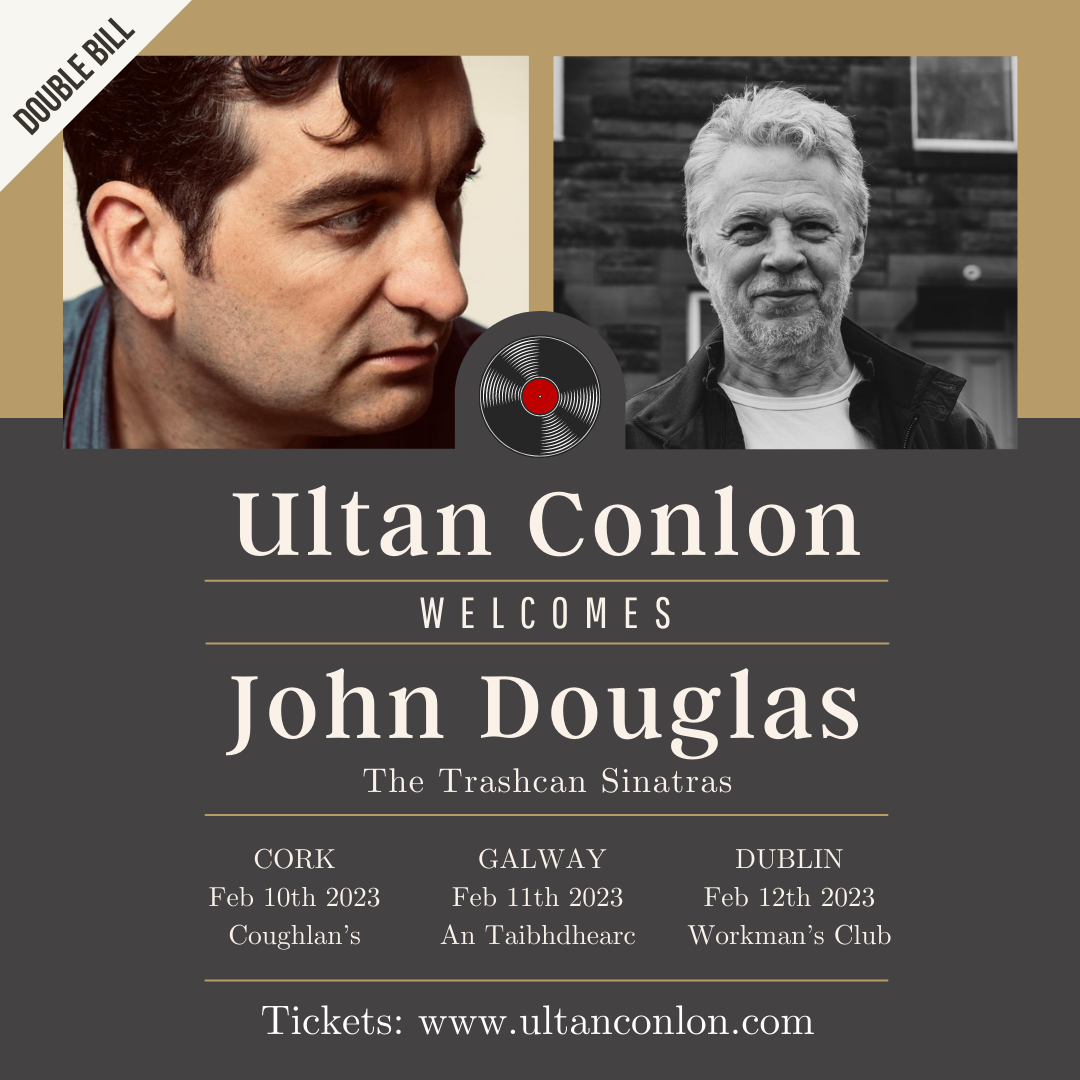